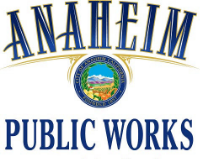 The proposed project for the Lindacita Neighborhood is bordered by Lincoln Avenue to the north, Beach Boulevard to the east, Orange Avenue to the south, and Knott Avenue (west city limit) to the west. The neighborhood is located within the West Neighborhood and has a total population of 8,089 residents (2010 Census) with 614 single-family homes and 1,878 apartment units.​
​
​The project consists of improving the existing public right-of-way. The work includes removing and resurfacing asphalt, removal and reconstruction of ADA access ramps, concrete sidewalk, curb and gutter, and driveway approaches. As part of this project, 1,020,000 square feet of street will be improved. Additionally, new pavement markings will be painted and new street signs will be installed. The estimated project cost is $1,100,00.

The Road Repair and Accountability Act of 2017- SB1 For cities, SB 1 will double the amount of revenues they each receive from the state for their local street maintenance and rehabilitation needs. Annually, $500 to $650 million will go to cities statewide, allocated on a per capita basis. A vast majority of the new revenues for cities will come out of the newly created Road Maintenance and Rehabilitation Account (RMRA) where cities will have to prioritize fixing their existing infrastructure first before having some additional flexibility for those funds for other transportation needs.

(To see project details about your street click the enlarge icon " [ ] " on the map below, then click on your street)