The ARSP was adopted in 1994, encompasses 581 acres of The Anaheim Resort, and provides for the development of hotels, motels, convention and conference facilities, including the Anaheim Convention Center, as well as restaurants, retail shops, and entertainment uses. The ARSP is divided into two development areas: the Public Recreation (PR) District, which includes the Anaheim Convention Center and the Anaheim Hilton; and, the Commercial Recreation (C-R) District, which includes the remainder of the ARSP. 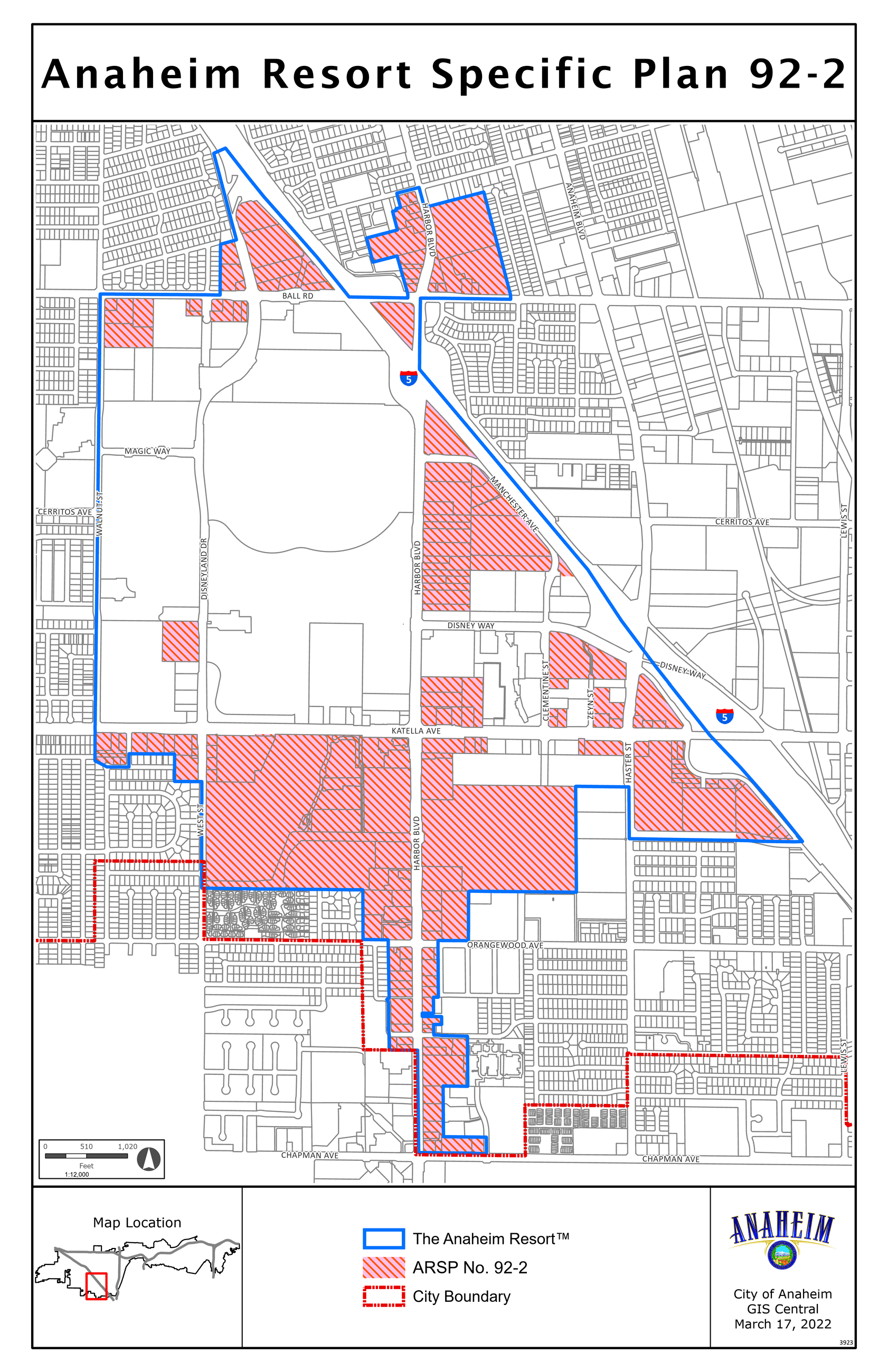