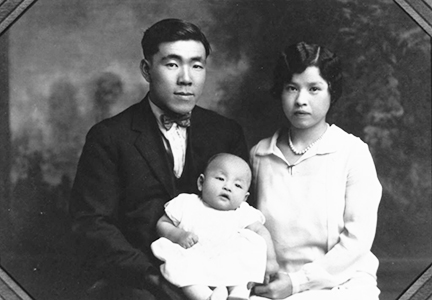 This photo of the Hirahara Family, taken in 1926,
has been featured on the
California Digital Library's
Home Page and is part of
the Anaheim Hirahara
Family Collection.

George Hirahara came to America with his parents in 1910, at the age of 5 years old. Being educated in Yakima County schools in the State of Washington, he rated his English skills fair in reading, writing, and speaking, as well as his speaking Japanese according to WRA documents. 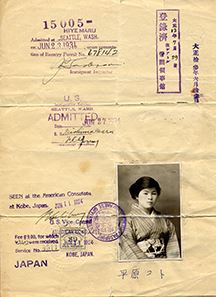 His father had arranged a picture bride marriage to an 18-year-old woman by the name of Koto Inoue, who lived in the same area as the Hirahara Family, in the Ito District of Wakayama Prefecture.

The term "picture bride" became popular in that era since many people would provide photos through a go-between or "Baishakunin," and the parties would agree to marry based on these photos. Sometimes, both parties would provide younger photos to enhance the selection process. Koto passed Motokichi Hirahara's evaluation of a future daughter-in-law since she was the youngest in her family, and although she could not cook or speak English, she found the excitement of living in America to be a wonderful opportunity, so she agreed to the arrangement. Son George did not agree and he wired his father back in America to say that he did not want to get married. The response he received was, "If you don't get married, you will not be able to return," since he was still a Japanese citizen. So George and Koto were married in Japan, and Koto was one of the last Japanese picture brides to enter this country on June 27, 1924.

Once settled in, the Hirahara's ran the Pacific Hotel in Yakima, Washington from 1926 to 1942. Their initial year of operation was also the year their only child Frank was born. 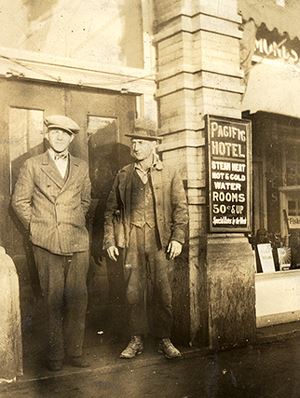 Due to the incarceration of Japanese and Japanese Americans during WWII, the Hirahara's had to move to Heart Mountain, Wyoming with George's parents, but they lived in separate barrack apartments in the camp.

George's ingenuity in wanting to take and process photographs in Heart Mountain along with his son is now history. He also purchased a used Buick while working in Nyssa, Oregon, allowing him to move his photo collection and equipment when the family left the camp, and preserving precious momentos of a time that many would like to forget.

The Hirahara Family was one of the few who returned to the Yakima Valley after WWII ended in 1945. George Hirahara had no bad feelings about what happened to his family during the incarceration of Japanese and Japanese Americans during WWII. He felt America was his home, and in 1954 he became an American citizen. George was named the Grand Marshal of the Washington State Pioneer Power Show in 1987, and was named a pioneer of the Central Washington State Fair in 1988. They remained there until 1992, when they relocated to Southern California to be near their son and granddaughter. Koto died in Los Angeles in 1999, and George died the following year. The couple were married for almost 75 years; both are buried in Yakima, Washington next to George's parents. 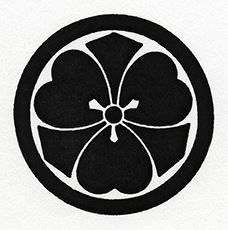 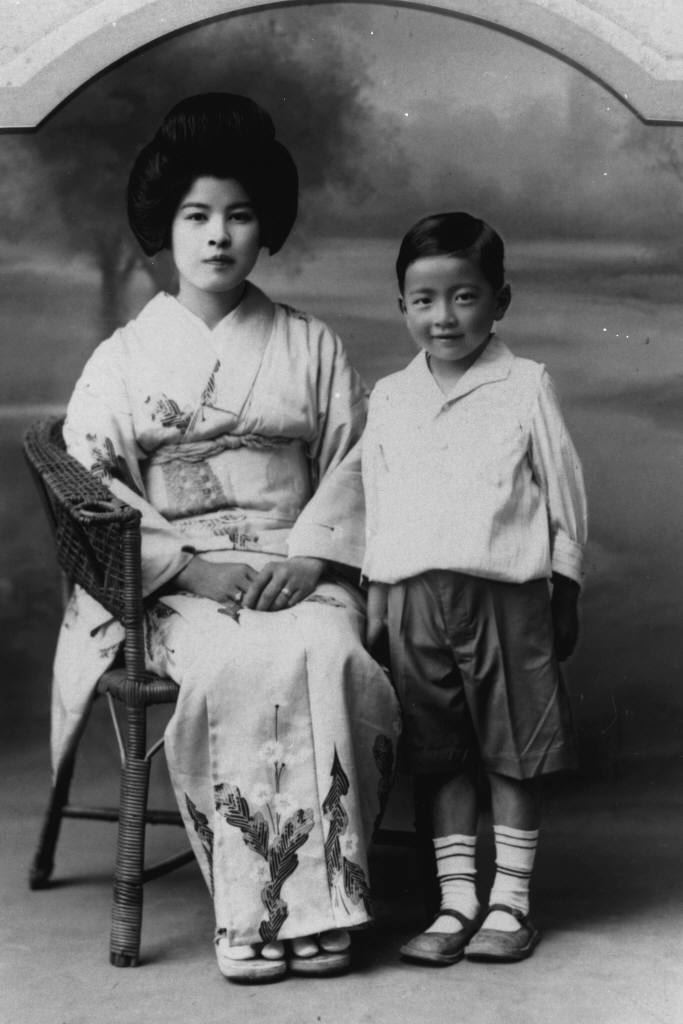 Portrait of Koto Hirahara and
five year old Frank, taken in Japan during a visit in 1931.