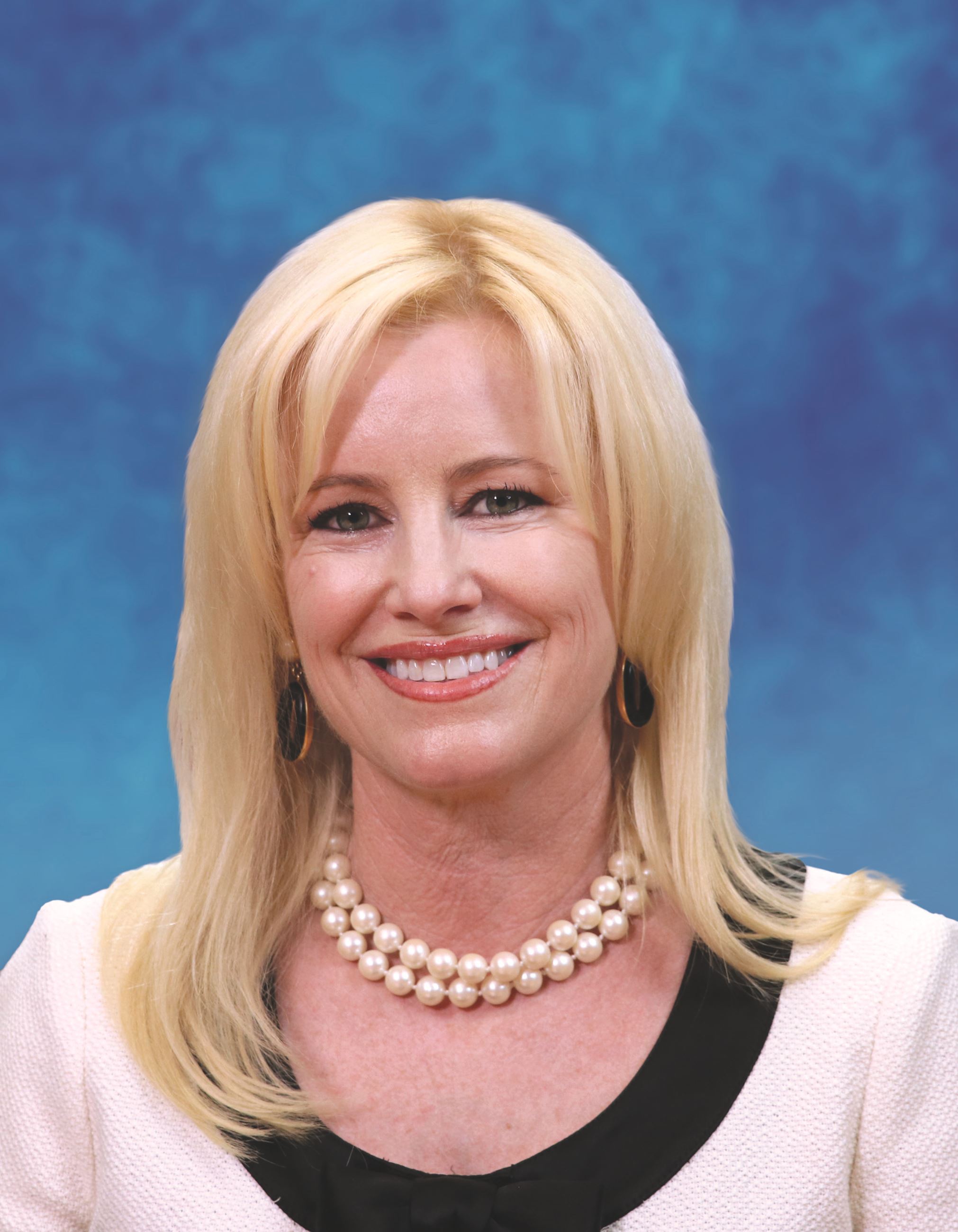 Ashleigh Aitken was elected as the 48th mayor of Anaheim in November 2022. She is the first woman mayor in Anaheim’s 165-year history.

Mayor Aitken represents all Anaheim residents, neighborhoods and businesses on the City Council.

Aitken previously served two terms on the Anaheim Community Services Board and was chairwoman from 2011-2013.

A trial lawyer for more than 20 years, Aitken is of counsel at Santa Ana-based Aitken Aitken Cohn, a boutique personal injury firm. She is a former federal prosecutor in the Central District of California. She prosecuted armed bank robbery, narcotics, mail and wire fraud, child pornography, firearms and other federal law violations.

In 2015, she was elected president of the Orange County Bar Association, where she established a veterans committee to expand free legal support for veterans and military families.

From 2012 to January 2023, Aitken served on the board of directors of the OC Fair & Events Center, including as chairwoman in 2015. Directors are appointed by the governor of California and set policy for the annual OC Fair and year-round events at the Costa Mesa fairgrounds.

A lifelong Anaheim resident, Aitken volunteers as a Girl Scout troop leader and serves on the board of Anaheim-based Caterina’s Club, Chef Bruno Serato’s nonprofit to feed and help needy families. She is also on the board of Santa Ana-based WISEplace, a shelter for homeless women.

Aitken holds a bachelor’s in secondary education and history from Boston College, where she was an All-American rugby player. She has her law degree from the University of Southern California, Gould School of Law.

She lives in Anaheim with her husband Michael, the couple’s three children and family’s pets.