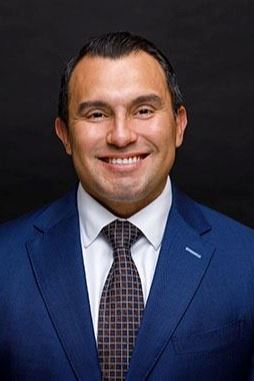 Mr. Sergio M. Ramirez is director of Economic Development for the City of Anaheim, where he has served since August 2021.  The newly formed Department was established by the City Council on April 13, 2021.

Mr. Ramirez plays a leading role in once-in-a-generation investment and development planned around the Honda Center, the Angel Stadium, the Disneyland Resort, and throughout the City.

He is leading revitalization efforts on Beach Boulevard, Brookhurst Street, Euclid Street, State College Boulevard, and other major corridors across the city.

In the Anaheim Canyon, Ramirez is enhancing the 2,600-acre business park with a diverse range of business clusters focused around industry and innovation. Recently, he has begun implementation of a new branding and signage campaign for the area, as an Innovation District.

Mr. Ramirez previously served as the Deputy Director for property and economic development for the City of Long Beach, where he worked on $5 billion in housing, retail, and industrial projects.  This included the 2nd and PCH retail center, redevelopment in Belmont Shore, the Shoreline Gateway Tower residential project, Shoreline Village redevelopment, and the redevelopment of Boeing's former Long Beach site with the attraction businesses satellite launch and other innovative uses.

Before joining Long Beach in January 2017, Mr. Ramirez served as senior project manager and project manager II for the City of Anaheim's Community and Economic Development Department from 2004 to 2016.

He is actively involved in professional groups including the Urban Land Institute (ULI), the International Council of Shopping Centers (ICSC), and the National Association of Industrial and office Properties (NAIOP).